Association Chairman since October 2014, Tim is married and lives in Gullane.  After serving in the Army in Germany, Northern Ireland and the Middle East, he joined United Biscuits followed by the Scotch Whisky Association where he was its' Director of International Affairs.

In 1982 he was awarded the OBE for services to exports.  He was a Queen's Baton Bearer for Commonwealth Games in 2014

Craig Hoy, the Scottish Conservative and Unionist Councillor for Haddington and the Lammermuirs, has been selected by East Lothian Conservatives to contest the 2021 Scottish Parliamentary Election.

East Lothian MP 'foolhardy' to call for a General Election

East Lothian will benefit greatly from the City Region Deal

In a letter to the East Lothian Courier, ELCUA Chairman Tim Jackson hails the benefits to East Lothian of the Edinburgh and South of Scotland City Region Deal.

In a letter published by the Scotsman, Association Chairman Tim Jackson questions the First Minster's understanding of what is crucial to ensure a sound economy and the future prosperity of Scotland.

Meeting with the Prime Minister at No. 10

We are the real challengers to the SNP in East Lothian

In a letter to The Scotsman, Association Chairman, Tim Jackson, reinforces that the Scottish Conservative and Unionist Party are the real challengers to the SNP in East Lothian.

In a letter to the Edinburgh Evening News Association Chairman, Tim Jackson, outlines that the Triple Lock for pensions guaranteed for UK pensions would be unsustainable in an independent Scotland.

The SNP should start concentrating on the day job

In a letter to the East Lothian Courier, Association Chairman Tim Jackson says it's time that George Kerevan MP and his SNP colleagues started concentrating on the day job.

Hamilton stresses importance of the union at AGM

Rachael Hamilton has emphasised the importance of the union to Scotland in a speech at the East Lothian Conservative AGM. 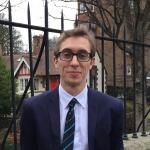 Scott joined the association in 2005, helping out on Bill Stevenson’s Westminster campaign. He has remained involved since and now sits on the association’s executive as Deputy Chair. Scott also works for the party at Holyrood as their Head of Broadcast and Online Media. 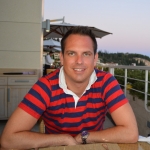 Tim has been Vice Chairman of the Association since 2017 and lives in Haddington.  After being awarded a BA (Hons) in Politics and Government, he worked at BBC Westminster within the Political Research Unit.  After stepping out of the full-time political arena, he moved in to the FMCG industry working with many well-known brands.  He is now a senior director of a marketing agency operating across the UK and Europe. 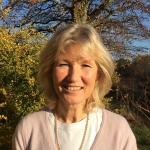 Member of the Association Executive Committee

Jenny has lived with her husband in East Lothian for 40 years, bringing up two children. For the past 26 years she has run, with her business partner, a landscape gardening business. Jenny was a governor of Belhaven Hill School, Dunbar for 15 years, 8 years as Chairman.  She has worked with Dunbar RNLI for 25 years, 5 years as President of the Fundraising Committee. 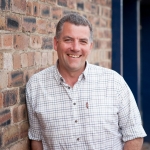 Member of the Association Executive Committee

Born and raised at Kingston, Anthony moved south to become a Land Agent before turning to marquees where he became one of the Directors of Broxburn based Field & Lawn Marquees. He returned to Kingston in 2005 to take over the family farm whilst starting up ArdMoor Ltd. Having sold most of the farm in 2017, he no longer farms but is now fully focussed on ArdMoor which is based at Kingston Farm. 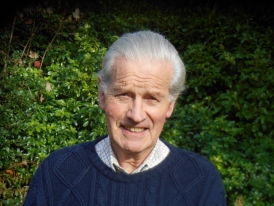