Originally trained at The London Hospital, Whitechapel, Michelle began her career working as a staff nurse in the Intensive Care Unit, then moved into Health Service Management. Michelle went on to hold a number of posts within finance before moving to South West Thames Regional Health Authority as the Deputy Regional Finance Training Manager.

In 1990 Michelle and her husband decided to move to the Scottish Borders in order to set up their manufacturing company and raise their six children, establishing their business in Walkerburn and settling near Selkirk.

After the move Michelle continued to work as a nurse while also completing an Honours degree at Heriot Watt University. She then returned to Health Service Management in 2000, latterly managing Acute Medicine in Edinburgh before moving in 2005 to head up an independent charity providing specialist drug and alcohol support to children, families and offenders.

In 2012 Michelle was elected to Scottish Borders Council, where she served as Leader of the Conservative Group. Michelle was then successfully-re-elected in March 2017 and resumed her position as leader at Newtown St Boswells.

In May 2017 Michelle became a list MSP for the South Scotland region, covering Midlothian South, Tweeddale, Lauderdale and East Lothian, stepping down from the Scottish Borders Council.

The number of disabled people on housing waiting lists has almost doubled in the past two years, new research has revealed.

Figures published by Police Scotland this week have highlighted that the number of police officers on the street in East Lothian has fallen.

Almost half of jobseekers not accessing Fair Start Scotland

Almost half of referred jobseekers are not accessing Fair Start Scotland, a back to work scheme launched by the SNP, according to the latest statistics released by the Scottish Government.

Figures this week from Police Scotland show that there has been a 26.4% rise in reports of domestic abuse in East Lothian.

The SNP Government have come under fire this week over their unwillingness the publish the findings and recommendations over the DPEA Report into the Inchcape application at the site of the former Cockenzie Power Station.

The East Lothian branch of the Scottish National Party has come under fire this week after their remarks about Ruth Davidson being on maternity leave.

This week Michelle Ballantyne, MSP for South Scotland, is calling for the Scottish Government to intervene to improve roads and potholes in East Lothian.

No action for East Lothian roads

A Scottish Government Minister has revealed this week that the SNP Government will not assist East Lothian Council in repairing potholes in the area.

This week, Michelle Ballantyne MSP for South Scotland is taking part in raising awareness for pancreatic cancer ahead of the Scottish Parliament’s debate on Pancreatic Cancer. 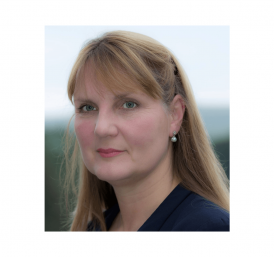