Jane is one of the three Councillors elected in 2017 to represent the North Berwick Coastal ward and has lived in her constituency  for the last  12 years. Prior to being elected Jane spent 35 years in pensions and investments including spells in Edinburgh, London and overseas.

Thanks to the UK Government, councils across Scotland are due to receive around £155 million as a result of extra council spending in England.

The Conservative Group on East Lothian Council is today calling for key Council committees to be restored following a period of administrative lockdown as a result of the Covid-19 crisis.

Haddington and Lammermuir Councillor Craig Hoy is calling on East Lothian Council to back Lorraine Kelly’s Change And Check campaign to raise awareness of checking reg­ularly for the signs and symptoms of breast cancer.

The East Lothian Courier highlights East Lothian Conservatives' demand for the Scottish Government to release the findings of a report in to the future of the Cockenzie Power Station site.

Councillor Brian Small has announced that he is to step back as the leader of the Scottish Conservative group on East Lothian Council. 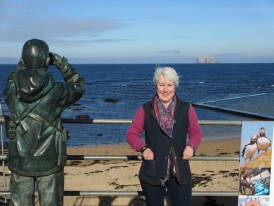