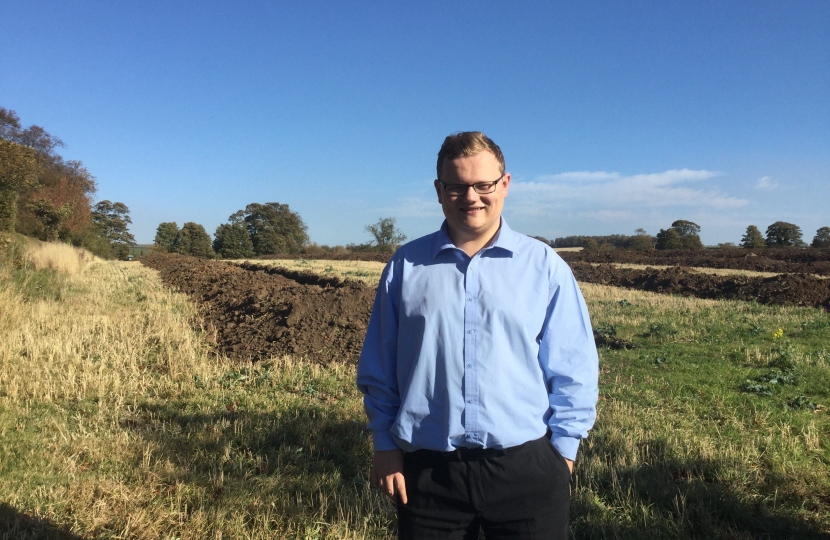 The SNP Scottish Government has decided to allow local councils to implement a parking tax on those trying to get to work instead of actually giving local authorities a suitable level of funding. Luckily, here in East Lothian we have avoided its introduction, but people here could still be negatively effected if the SNP-led Council in Edinburgh introduce it as they have indicated it they plan to do.

The 2011 Edinburgh Transport Census showed that some 12,000 people commute by car from East Lothian to work in the city. These are the people that Adam McVey, the SNP leader of the City of Edinburgh, wants to pay the parking tax, which could be as much as £500 a year. That would have a crippling impact on many people that work in Edinburgh but live in East Lothian.

Will we see a better transport service to and from East Lothian for that charge? I highly doubt it. Edinburgh has already taken £20 million out of the Lothian Buses service that we all share, across the Lothians, for the city’s white elephant Trams extension.

Trying to force people out of their cars and on to public transport for their commute makes no sense at all when are trains are already bursting at capacity and when we do not have a single bus route that goes from East Lothian to the west side of Edinburgh.

This is why it is bad policy from the Scottish Government; it is stuck in a past where people did not travel to work and it is the wrong way to try to get people out of their cars. It also does not provide funding in reality to improve public transport infrastructure because it has been introduced to plug the gap that the Scottish Government has left in core funding for council services. It also completely ignores the needs and reality for those that work shifts early in the morning or late at night when public transport provision is nowhere near as readily available. It is poor policy making from the SNP.

The funding gap that was left by the Scottish Government was £2.5 million, which is why Council Tax will rise this year by more than anyone would like. Although it also comes with greater efficiencies that the East Lothian Conservatives wanted to see made in backroom areas such as savings in senior management positions. All this means more for frontline services that people rely on.

I was also pleased that we got agreement on lowering Council Tax in the following years as well so that Labour’s plan for 5% increases will not go ahead and instead the East Lothian Conservative Group proposal on that was taken forward instead that will save households in East Lothian up to £122 in the coming years.

I was also glad that our call for more roads funding was heeded and that the East Lothian Conservative Group have secured an additional £10 million investment in their upkeep and maintenance. Council officers advise us that they will lead to a big rise in both the quality of the road and resident satisfaction level with the roads in the county. It is a long-term investment as well though that will save money by ensuring that the need for more extensive and expensive repairs are not needed down the road. That is an example of how we improve our transport infrastructure in East Lothian and Scotland.