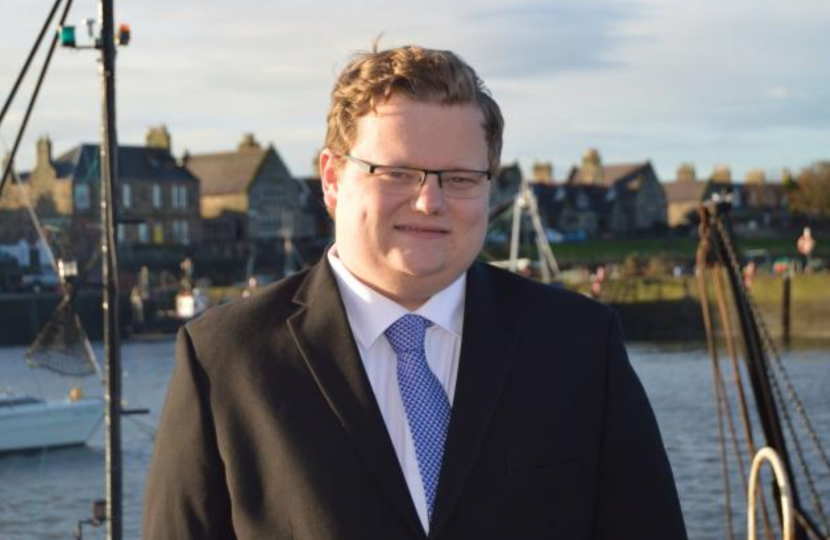 Labour and SNP Councillors have voted against proposals to protect spending on education in East Lothian and establish a new £600,000 fund to support pupils who have fallen behind due to the Covid-19 pandemic.

The East Lothian Conservatives' plan, which would have seen a sizeable increase in the education budget for East Lothian schools was rejected by SNP and Labour Councillors at the annual council budget meeting.

Instead, Labour and the SNP united to back a Labour budget which plans a wide range of unspecified cuts, but which will include cutting the budget for Children’s Services and Education.

Additionally, the Conservatives backed a Council Tax freeze for residents and an extra £3 million for East Lothian roads over the next five years.

The Conservative group also identified ways in which the council could make savings without negatively impacting frontline services.

Commenting, Councillor Lachlan Bruce (pictured) said; “Once again, Labour and the SNP are working hand and in hand and this is a very disappointing outcome for East Lothian’s young people. Pupils and parents need our support at this very difficult time. For Labour and the SNP to be pressing ahead with cuts to schools’ budgets in the coming years is a very dangerous move.”

The Conservative Group chose to make schools their priority and voted to reject a move by other groups to create a fund for business: which they stated was “not ambitious enough”.

They also said that such funding should be coming to businesses directly from the Scottish Government which continues to sit on support funding received from Westminster.

Bruce said: “The Scottish Government should be doing much more to support business. They have received billions from the UK Government to combat the negative impacts of COVID. Instead of passing this money on to businesses, they are currently sitting on over £2 billion, whilst expecting councils to ‘find; additional funds to support local business and our economic recovery”

Craig Hoy, the Scottish Conservative Candidate for East Lothian, said business in East Lothian “urgently needs support” but called on the Scottish Government, rather than local Council Tax payers, to be asked fund the programme.

He said: “We want to see a far more ambitious plan of support for local business. But this can only be achieved if the Scottish Government hands over a fair share of the presently unallocated money received from Westminster.

"This shouldn’t be an either-or option. It is down to the Scottish Government to release these funds. They should not be forcing our Councils to raid the schools’ budget in order to give much needed support to business.”

Having already successfully secured a freeze on Council Rents for this year, had the Conservatives received support for their budget proposals from the Labour administration or the SNP group they would have been able to deliver:

1. A Council Tax freeze this year.

2. Full protection of the current education budget for the coming years.

4. An additional £3 million for East Lothian roads over the next 5 years