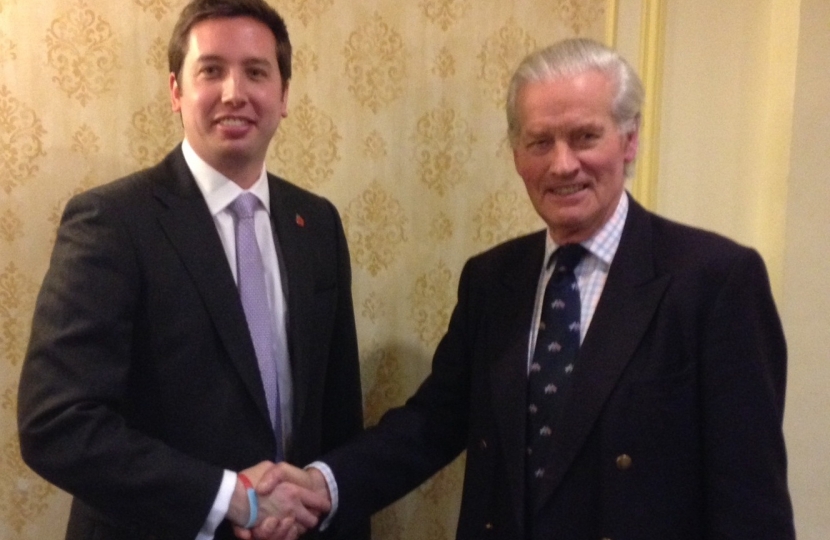 The newly selected Scottish Conservative candidate for next year’s UK General Election, David Roach, has slammed the Labour Party for its anti-business policies which threaten to derail our economic recovery and jobs in Edinburgh’s important financial district.

Selected at a meeting of the local Party’s members in Haddington, the 33 year old businessman also attacked the SNP’s obsession with wasting taxpayers’ money on inefficient wind turbines that are ruining East Lothian’s beautiful countryside.

In his speech to members, David vowed to fight for hardworking families and pensioners in the area who worry about the cost of living and support the Conservative’s cuts to fuel duty, as well as businesses and commuters who want to see the A1 dualled between Dunbar and Berwick.

Following his selection, David Roach commented: “Unemployment is falling across Scotland and the UK thanks to the Conservative-led recovery, but Ed Miliband as Prime Minister would ruin the progress we are making. Complacent Labour has taken East Lothian for granted for years and unless the policy is separation, the SNP JUST DON’T CARE! They’re obsessed with that and wasting taxpayers’ money on inefficient wind turbines that are driving up energy bills and ruining East Lothian’s beautiful countryside.

“I’m not a career politician. I’m the son of a Tyneside shipyard worker and a Mum from Jarrow who both started their own businesses. I’ve worked like them in business for ten years and am committed to improving the lives of others so they can reap the benefits that will help cement economic recovery. I am committed to working hard for our local area, and will be a champion for East Lothian.”

David is passionate about giving children the best start in life, having served as a Governor of a primary school, and wants to help improve standards across the constituency. Over the years, he has helped raise millions of pounds for charities in his spare time. He is a committed Newcastle United and Lewis Hamilton fan, and when he’s not working, he’s trying to improve his golf, slowly!

Commenting on David’s selection, the Chairman of East Lothian Conservatives, Tim Jackson added: “David is part of a new generation of youngsters coming through the Party, and we are excited by the experience he brings. Having worked in business for almost ten years, he knows what it’s like to strive, and what it takes to secure our economic recovery. Together, with our hardworking Councillors we are building a strong Conservative team here in East Lothian.”