MSP and Councillor welcome lessons learned on A1 road closure 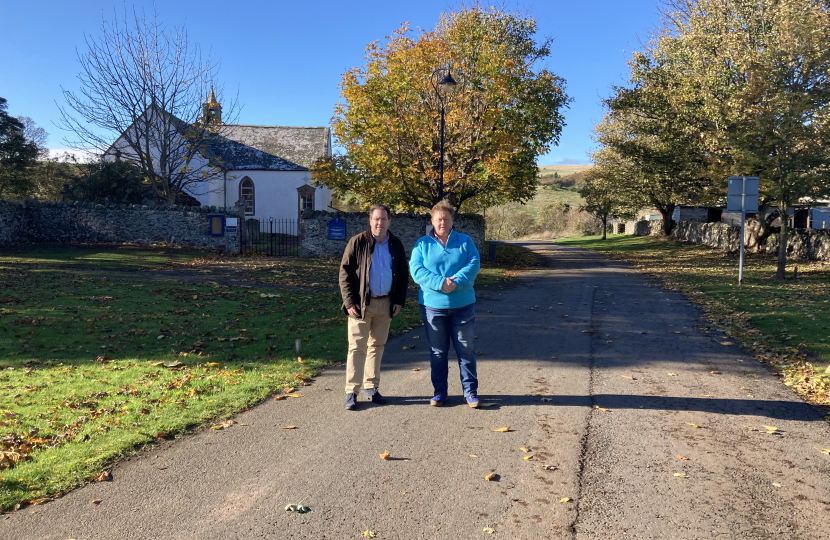 CRAIG Hoy, a Conservative MSP for South Scotland, and Donna Collins, a local ward Councillor for Dunbar and East Linton, have welcomed assurances from BEAR Scotland about lessons learned following the closure of the A1 last month, which resulted in significant congestion on rural roads leading into Oldhamstocks and Innerwick.

Mr Hoy and Cllr Collins organised a meeting with representatives from BEAR Scotland, Transport Scotland, East Lothian Council, East Lammermuir Community Council and the emergency services after concerns were raised in the community about a lack of emergency service access to Oldhamstocks and Innerwick in the event of future road closures on the A1.

In relation to the closure, BEAR Scotland pointed a number of ‘lessons learned’ including the need to minimise the number and duration of future road closures; avoid closing the A1 in both directions where possible; reinforcing ‘unsuitable HGV’ signage and liaising directly with emergency services on any additional local measures in the event of any future closures on the A1.

BEAR Scotland acknowledged that a large volume of vehicles did not follow diversion signs during the closure, including a number of Heavy Goods Vehicles (HGVs) which held up traffic on unsuitable rural roads.

They have said they will continue to maintain the A1 with over £11 million of investment from Transport Scotland, and they will consult with Cllr Collins, East Lothian Council and East Lammermuir Community Council in advance of any future road closures.

During the meeting, Police Scotland were receptive to calls from Cllr Collins to turn HGVs away from rural roads heading into Innerwick and Oldhamstocks and divert them onto northbound trunk roads during traffic accidents to reduce blockages.

Mr Hoy welcomed the meeting, saying: “It was great to engage with BEAR Scotland and other stakeholders about community concerns relating to the closure of the A1 on both sides last month.

“I am pleased to see that BEAR Scotland are open about the very real problems which took place last month. I believe they have started to put in place appropriate mitigations to ensure emergency services have access to Oldhamstocks and Innerwick in the event of any future road closures.

“I would also like to thank East Lothian Council, Police Scotland, the Ambulance Service, the Fire Brigade, Transport Scotland and East Lammermuir Community Council for attending the meeting and engaging constructively on the concerns felt within the community.

“I will continue to monitor the situation and work for the best interests of local residents.”

Cllr Donna Collins added: “I fully welcomed the responses from BEAR, East Lothian Council and the Emergency services at this meeting. It was positive and proactive, with assurances of them working with myself, ELC and ELCC on all future planned projects.

“The lessons learned from the last closure were brought to the table and openly discussed for forward going improvement on any further works.

“It was also reassuring that the Police were agreeable to directing HGVs during accidents on the A1 back towards the A68 to prevent rural roads being blocked.”