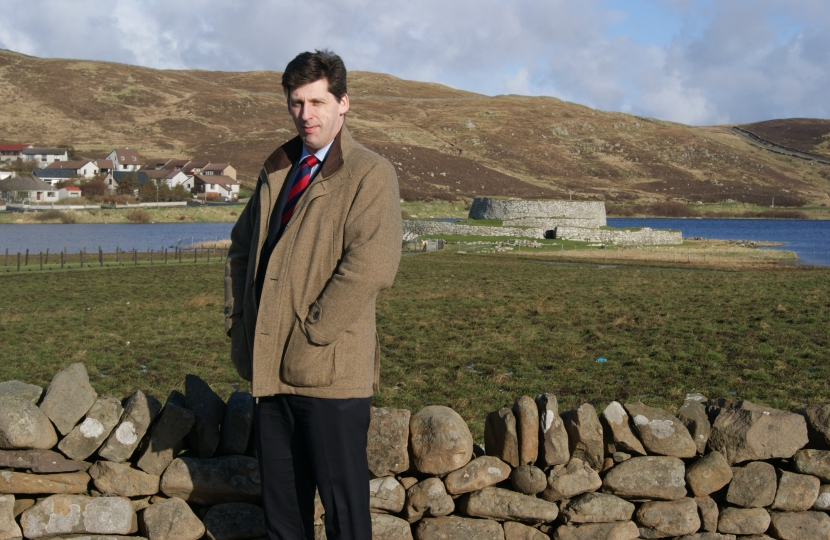 Dr Ian Duncan, Conservative MEP for Scotland, is asking fishermen and farmers to tell him how the Common Agricultural Policy (CAP) and Common Fisheries Policy (CFP) can be reformed as part of the Prime Minister´s renegotiation deal.

Following a meeting with Prime Minister David Cameron last week, Ian was tasked with taking the views of the Scottish fishing and farming communities, and reporting back to the PM, with the aim of ensuring they are integrated into the reform package.

One of the four pillars negotiated by the PM was driving forward a ´competitiveness´ agenda, through the elimination of bureaucracy and red tape. Under the deal, the European Commission must bring forward plans to improve competitiveness by the year end. To achieve this the Commission has undertaken to ;

´...establish specific targets at EU and national levels for reducing burden on business, particularly in the most onerous areas for companies, in particular small and medium size enterprises. Once established, the Commission will monitor progress against these targets and report to the European Council annually.´

‘For many people the deal brought back from Brussels seems distant and technical. Few will have calculated exactly how it will affect their industry, business or family.

For me the two areas of European regulation most in need of reform remain the Common Agricultural Policy (CAP) and the Common Fisheries Policy (CFP).  My family spent years locked into the former, and I spent years working with the Scottish Fishermen’s Federation trying to undo the damage of the latter.

Whilst all appreciate the benefits brought by the single market, few farmers or fishermen will rejoice in the ever growing burdens represented by legislation from Brussels.

It is for that reason that I met with the Prime Minister last week to determine how the reform package can benefit working fishermen and farmers.  He is clear that both can be addressed under competitiveness. To do this I need to hear from those most affected by the CAP and CFP. What can be reformed? What can be done differently? What can be done locally? What doesn’t need to be done at all? Write to me. E-mail me. Call me. Get me the information so that I can pull together the specifics about what needs to change and deliver them to the PM.

Many farmers and fishermen, frustrated by decades of EU regulation, will vote to leave the EU.  That is their right, a right secured by the PM when he delivered on the referendum.  For those who are less sure, I want to show that the Conservative Government is serious about reforming these key sectors.'