Hoy calls on construction sites to be good neighbours 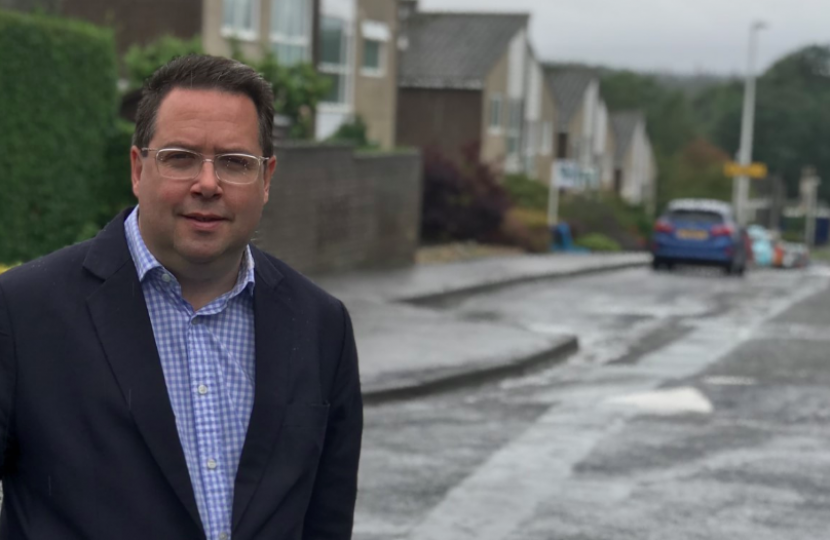 As the construction industry fully returns to work, Scottish Conservative Councillor Craig Hoy has called on builders and developers to “be good neighbours” to those living close to their sites around East Lothian.

Hoy, who represents Haddington and Lammermuir ward on East Lothian Council, says it is important that large-scale developers and their contractors show more consideration to local residents.

“I recognise that builders have to make up for lost time following the Covid shutdown. But since lockdown was lifted residents have expressed strong concerns about increased traffic, noise and dust coming from sites in and around East Lothian new build sites," he said.

Hoy, who is also his party's candidate for the 2021 Holyrood election and its Climate Change Champion, said the number of complaints about heavy vehicles, noise and pollution had grown since building sites got back to work.

The councillor said he was also concerned about residential streets being used as “rat runs” by heavy vehicles and he warned that some streets have been used to park cars and equipment from nearby construction sites.

Within his own ward, Hoy flagged up Clerkington Road and the Gateside area as locations where further action should be taken to calm traffic and prevent parking. Hoy says he has been working with planning officers and developers to ensure residents' concerns are addressed and welcomed the installation of "no construction traffic" signage at Clerkington Road.

“While developers have to meet conditions set by planners about how they manage their sites, I would also urge them to go further to ensure they are good neighbours," Hoy said. “This means limiting noise and disruption and ensuring heavy vehicles are not using quiet streets as rat runs or parking their equipment and plant on residential roads.”

With East Lothian being the second fastest growing area of Scotland , Hoy said development in the county has to be sustainable – particularly in the wake of Covid-19 which has resulted in an influx of city residents looking to move to less urban environments.

“East Lothian is one of the most attractive places to live in Scotland and it’s no surprise that so many people are looking to move and bring their families up in the county. But we run the risk of losing the beautiful environment that people are moving here for if we continue at this pace.

“That’s why it’s vital that we balance future development with the environment and the need for quality infrastructure and public services. We don’t want East Lothian to become an extension of 'Greater Edinburgh', or to see our services being over-stretched which would reduce quality of life locally.”

Amanda Milling: ‘The PM still has support of Red Wall despite locking down the North’

Amanda Milling, chairwoman of the Conservative party, is wincing at the memory of being a government whip at the height of last year’s parliamentary paralysis over Brexit.