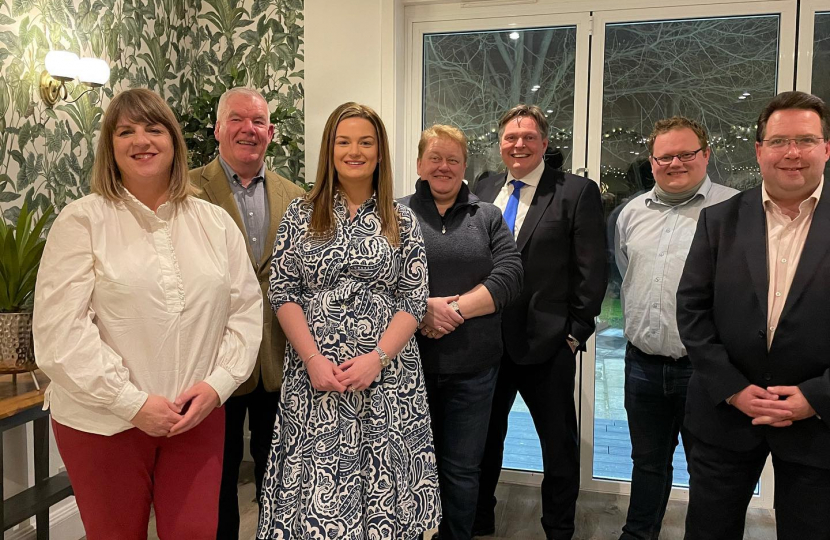 Key manifesto pledges include campaigning to reopen Edington Cottage Hospital, campaigning for the return of the X5 bus service between North Berwick and Edinburgh, supporting next generation nuclear energy in order to keep Torness Power Station open, creating an East Lothian Junior College and support an increase in per pupil funding in East Lothian to above the national average, as East Lothian currently has the lowest level of education spending per head in Scotland.

“We support will support nuclear jobs at Torness and fight for East Lothian to have the best roads, best schools and best High Streets in Scotland, as well as opposing overdevelopment without adequate services in place such as GPs.”

Conservative MSP for South Scotland, Craig Hoy, added: “The East Lothian Conservative group is entirely made up of local residents who know their communities well. This is unlike other parties. Our candidates have extensive knowledge of the local communities which they are seeking to represent and they have my full backing ahead of May’s council elections.”

East Lothian Conservative Chairman Anthony Stodart said: “The East Lothian Conservatives will fight hard for our county. Just look at the phenomenal work local MSP Craig Hoy has been doing to bring back the X5 and reopen the Edington for example. I know each and every candidate will be fantastic champions of their local communities as each of them have already been.”

You can download the East Lothian Conservative manifesto at: www.eastlothianconservatives.com/2022-manifesto