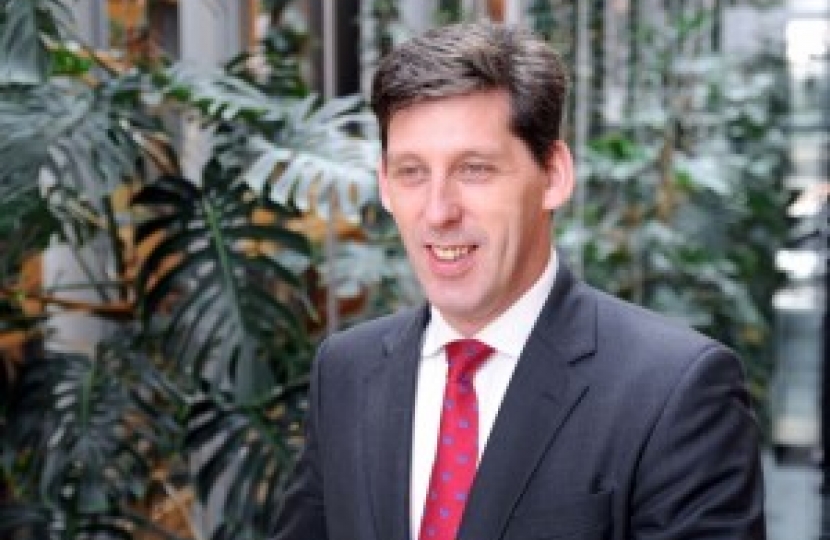 Scottish Conservative MEP Ian Duncan has proposed a change to EU law which could boost the North Sea Oil and Gas industry by as much as £1.5 billion over ten years.

Duncan, who is the European Parliament’s designated law maker on the EU’s flagship climate change policy, the Emissions Trading System (ETS), has sought to close a loophole in the law that forces oil and gas operators to pay for emissions permits for the electricity they generate offshore.

Under current EU rules, electricity providers are not eligible for support (in the form of free allowances) under the ETS because they can pass on the carbon price to the homes and businesses they supply. However, as off-shore oil and gas platforms are not connected to the electricity grid, they cannot pass on the cost to the consumer, and therefore Ian has sought to make them eligible for free allowances like other industries covered by the ETS such as steel and cement.

The inclusion of the North Sea oil and gas sector in the ETS will mean oil and gas companies are eligible for around £1.5 billion pounds worth of free allowances between 2020, when the law comes into force, and 2030 when it will be reviewed again.  Typically Electricity makes up 30-40% of emissions from oil and gas platforms.

“Right now the ETS is like a car without an engine, we need to ensure it is fit to do the job it should and drive emissions reductions in Europe. Removing this loophole could save the North Sea oil and gas industry billions of pounds of lost revenue,” said Duncan.

I will push as hard as I can to convince my colleagues in the European Parliament and the Council that this is a common sense proposal worth supporting.”

The ETS is a cap and trade market, where the quantity of emissions permitted to be released by industry and energy producers in any given year is capped, and allowances to release CO2 are traded on an open market. Ian's report relates to phase IV of the reform of the ETS.

- Allowing for an increase in the annual emissions reduction rate (Linear Reduction Factor) after the first UN global stocktake in 2023,

- Empowering the Commission to put a proposal to the Parliament and Council if overlapping EU energy policies are affecting the market balance.

- On carbon leakage, Ian proposes a more focussed method of distributing allowances to industry at risk of leaving the EU due to the cost of environmental regulation, while ensuring that even the most efficient installations don’t suffer an allowances ‘haircut' due to a Cross Sectoral Correction Factor.

- To encourage industrial innovation, including CCS in Europe, by boosting the innovation fund with 150 million more allowances, worth up to 3.75 billion Euros, taken from the unallocated allowances at Phase III, and has relaxed the rules on accessing the fund.