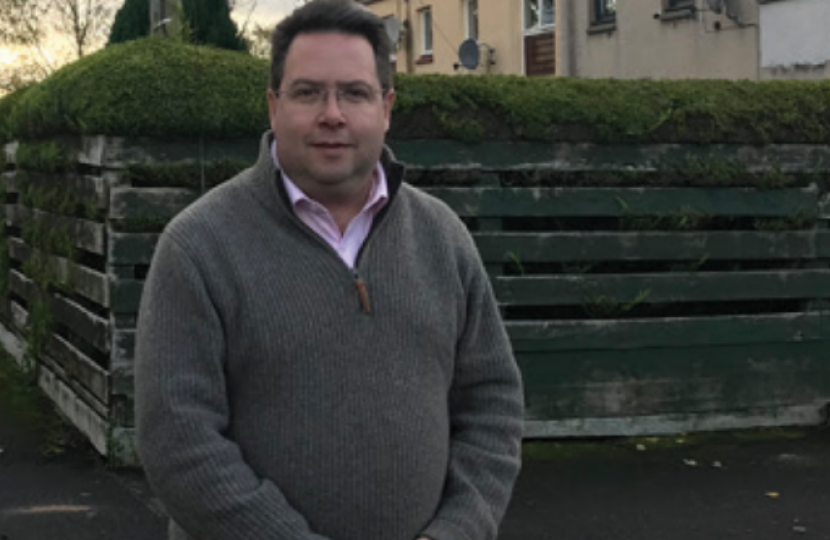 Craig Hoy is calling for a renewed and concerted cross-agency effort to tackle Anti-Social Behaviour and to put vulnerable young people “back on the right path”.

Craig says too many residents in East Lothian are affected by Anti-Social Behaviour and he wants the council to work more closely with Police and other agencies to tackle the problem in a joined up way.

Craig, the Scottish Conservative and Unionist candidate for East Lothian, has united with fellow Councillors in calling for action following a rise in incidents involving young people in some East Lothian towns.

“This recent surge in Anti-Social Behaviour is totally unacceptable and Labour and the SNP have to act urgently at a local and national level to tackle this problem. Some believe these kids are untouchable. This isn’t right and we owe it to young people, and to residents in areas such as Prestonpans, Cockenzie and Port Seton, to do something to resolve the underlying problems.

“We should give local Police our full support, along with the resources to target Anti-Social Behaviour wherever it happens in East Lothian. And we should put in place more projects to get young people off the streets and back on the right path.”

Local ward Councillor Lachlan Bruce said he was saddened and angered by recent incidents in his ward, including firework attacks on buses.

He adds: “I understand how bad it is to be living near an area of anti-social behaviour. It can be very debilitating and frightening. It is not an acceptable way to behave and it is certainly not acceptable for residents to be living with anxiety, fear or disruption, that such behaviour leads to.”

He adds: “If you are suffering from Anti-Social Behaviour please do not suffer in silence, please get in contact with me or the council. You can reach the council team by calling 01875 824 307.”

Craig is also calling on the Labour-run Council to properly assess and screen tenants before placing them in towns and villages in the county, where they can cause misery to neighbours who are often elderly or vulnerable.

Craig says: “Too many local residents in East Lothian are affected by tenants with drug, alcohol or Anti-Social Behaviour issues. They are sometimes housed in the wrong area. I want the council to develop a sensitive lettings policy so that known troublemakers aren’t housed in the heart of our local communities.”

To achieve action Craig has joined forces with Council colleagues Lachlan Bruce and Gordon Mackett to press for action by the Labour administration and SNP Government.

Craig has been a key member of the cross-agency Problem Solving Partnership in Haddington and believes similar partnerships should be formed in other areas where Anti-Social Behaviour problems are on the rise.

He says: “The majority of people living in our communities want to go about their everyday business and get on with looking after themselves and their families. But, sadly, there is still a small minority who don’t recognise their responsibilities. It was good to see East Lothian Police recently leading a new effort to root out drug dealing and dependency in our towns and villages.”

Following engagement with residents across East Lothian, Craig is also calling for further moves to develop facilities and projects for young people in the county.

“This is a key issue of concern for many residents. We have some outstanding programmes for young people in East Lothian, but it’s increasingly clear these are not enough to keep young people off the streets. Covid-19 has been a blow to some of these initiatives but it’s vital we get them back on track. We simply cannot afford to fail our young people.