Craig Hoy: The list of questions Nicola Sturgeon needs to answer grows by the day 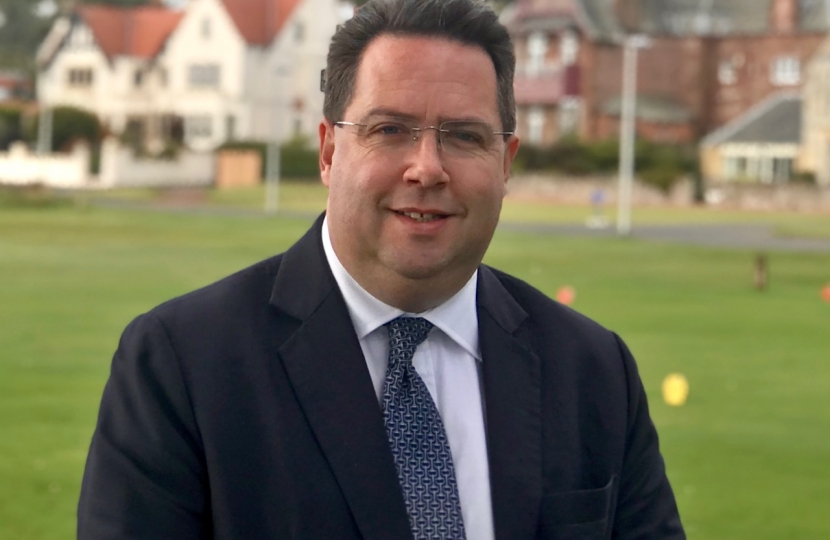 Writing for Conservative Home, Craig Hoy, East Lothian's Conservative candidate for Holyrood 2021, warns that SNP shows no signs of letting Covid-19 derail their dream - even as the crisis fatally undermines the economic case for separation.

For many voters, the absence of party politics will be one of the very few silver linings emerging from the Covid-19 crisis.

But as we move cautiously from lockdown to life in a socially distanced world, there are signs this may be changing.

In Scotland, voters have been spared the opening shots of the Holyrood 2021 campaign. But with the election still scheduled for May next year, this cannot last forever.

Nicola Sturgeon insists that political considerations are having no bearing on the decisions she takes. But every leader gets their Falklands moment.

The First Minister has, in public, “had a good war” against Covid-19. She has maintained a cool head in her daily media briefings – even if she fails to grasp the concept of over-exposure.

But look beyond the carefully crafted press conferences and a far more chaotic picture emerges.

This started with Sturgeon clinging to her Chief Medical Officer after she sneaked off to her coastal bolt-hole. It continues with reports of a crisis in our care homes and an alleged cover-up over Scotland’s first Covid-19 outbreak.

Across the UK we are now at an inflection point. Last weekend the Scottish and UK Governments set out on divergent paths.

For Nationalists this was an opportunity for Scotland to assert its independence: even though the strong shoulders of the Union continue to bear the financial burden of supporting business and combating the disease.

Initially, the scale and urgency of the crisis resulted in the UK’s four governments adopting an almost absolute alignment. But that consensus has cracked.

On a recent call with CEOs, bosses with cross-border operations expressed frustration at the failure to adopt a “one island” approach, blaming devolution for hampering their business recovery strategies.

"Misalignment is bad for business, it hampers effective communications and, in some cases, it is also patently absurd"

Under the terms of devolution it is entirely justified for Scotland to respond differently to crises such as Covid-19. But this should only be the case when there is a clear justification for doing so.

Scottish Tory leader Jackson Carlaw has written to the First Minister asking to see the evidence which supports the decision to prevent Scotland proceeding in “lock-step” with our friends south of the border.

The list of questions Sturgeon needs to answer grows by the day.

What is the ‘R’ rate and why is it so much higher in Scotland’s care homes? Why is Scotland conducting just one third of the coronavirus tests it has the capacity to deliver?

As building sites begin to open in Berwick-Upon-Tweed, why do they remain firmly locked up in North Berwick?

Why do the gates to council dumps remain closed in Scotland?

Vitally, why did Scotland not operate full disclosure about its first Covid-19 outbreak in February?

Misalignment is bad for business, it hampers effective communications and, in some cases, it is also patently absurd. Here, in the home of golf, our courses remain shut. While you cannot hit a ball, you can cycle the 18 holes or play frisbee with your family in a bunker.

The First Minister will shoot critics down in flames for alleging that there is anything political in her response. But as Thomas Mann said “everything is politics”.

The reality of Scottish politics is that we are never far from the issue of Independence. Sturgeon’s decisions reinforce the point that Scotland is, and can be, different from the rest of the UK.

The decisions are also emotive. Maintaining lockdown for longer makes the Scottish Government appear more committed to saving lives, even if the evidence fails to support this.

There are also personality politics in the mix. Sturgeon loathes Boris Johnson, failing to address him as Prime Minister during the COBRA meetings which reports suggest she regularly leaks.

Anyone who watched Sturgeon’s hate filled speech at her pre-election rally in Glasgow saw her true colours.

Her response is not just personal, it is also institutional.

The First Minister has little time for Westminster and the machinery of Whitehall. She believes that it is in the crucible of the Scottish Parliament and in Old St Andrew’s House where critical decisions should be taken.

This crisis comes as devolution reaches the ripe old age of 21. The Scottish Parliament was meant to be about doing things differently when it made sense to do so. This was never meant to be the default position.

Political debate north of the border has moved way beyond the merits of devolution. The fault-line of Scots politics were once based on the left, right divide. Then on the principle of pro or anti-home rule. The dividing line is now focused on a singular issue: Independence.

The SNP shows no signs of letting Covid-19 derail their dream, even as the crisis fatally undermines the economic case for separation.

The SNP wants self-governance at any cost and they will stoke false grievances to achieve it. As a Westminster candidate in December’s election, I recall a first-time voter saying she would like to vote Conservative, but could never do so because “Boris Johnson will sell the NHS to Donald Trump”.

Since Covid arrived on our shores Sturgeon has been forced to furlough the party’s grievance machine. But if you listen carefully you can still hear it.

The First Minister has dropped almost all references to the “I” word. But her colleagues – aided by a compliant Scottish media – still strain at the leash.

The National, a “newspaper” dubbed “McPravda” by its critics, isn’t diluting its dogma. A front page headline this week said it all: “The UK Government ‘Hates the Scottish’.”

Joanna Cherry, who has both eyes fixed firmly on the leadership crown, is using lockdown to position herself as Sturgeon’s successor. She wants activists to use this moment to explore the case for “radical change” to deliver Scottish Independence.

But the party’s poll numbers could be artificially high and very soft, particularly if Alex Salmond exacts revenge against those who plotted to bring him down.

Despite repeatedly failing the competence test, on public services and now their Covid-19 response, the Nats will be hard to beat. The party continues to be coated in Teflon.

As the official Opposition it falls to Jackson Carlaw and the Scottish Tories to deprive the SNP of a victory next May.

It is still not certain whether the election will go ahead. A decision on whether to postpone the poll will be taken by the Scottish Parliament: where the SNP and the Greens still hold all the cards.

If the election does proceed, Holyrood 2021 will be an air offensive rather than a ground campaign. It will rely more on digital campaigning and less on doorsteps activities, although a hybrid approach is still possible.

It is only right and proper that the election campaign does not begin until we pass the moment of crisis.

But we still need to be prepared, because the SNP will be ready to go just as soon as it is deemed decent to do so.