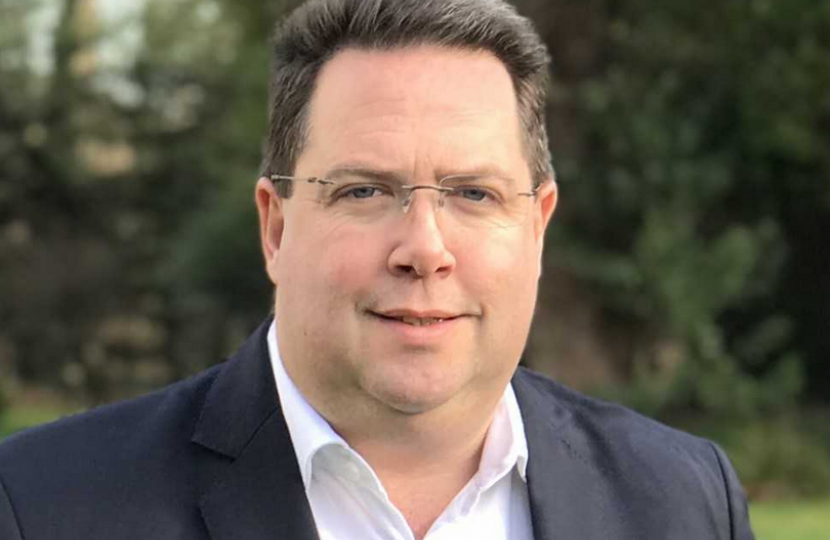 Craig Hoy has called for urgent action by ministers after it emerged that many elderly East Lothian residents have been asked to travel as far afield as the Royal Highland Showground for their Covid-19 vaccines.

After taking up the cases of a number of constituents, Hoy said: "The roll-out of East Lothian-based mass vaccine facilities has been too slow. Vaccines are now being administered at GP surgeries, the East Lothian Community hospital and Queen Margaret University, but too many elderly or vulnerable over 70s have either heard nothing or are being asked to travel round trips of up to 80 miles for their vaccines. Our frontline NHS staff are doing the very best they can but ministers need to get a grip of this situation and do so quickly."

Craig said some constituents were worried about using public transport to access Edinburgh-based vaccination facilities and would feel safer receiving the vaccine in their local GP's surgery or at the East Lothian Community Hospital in Haddington.

Hoy's call came as it emerged that local vaccination levels were failng to keep pace with the national vaccine roll-out.

In East Lothian, the number of first vaccine doses administered to February 7 was 8,376, lower than less than 10 per cent of the adult population, according to National Record of Statistics’ 2019 mid-year population estimate.

In contrast, across the Lothians 16.35 per cent of the population have been vaccinated, compared to the national average of nearly 20 per cent.

It has also been reported that the the rate of infection in East Lothian has started to increase, with the number of positive cases per 100,000 people recorded reaching 98 after falling to 76 last week.