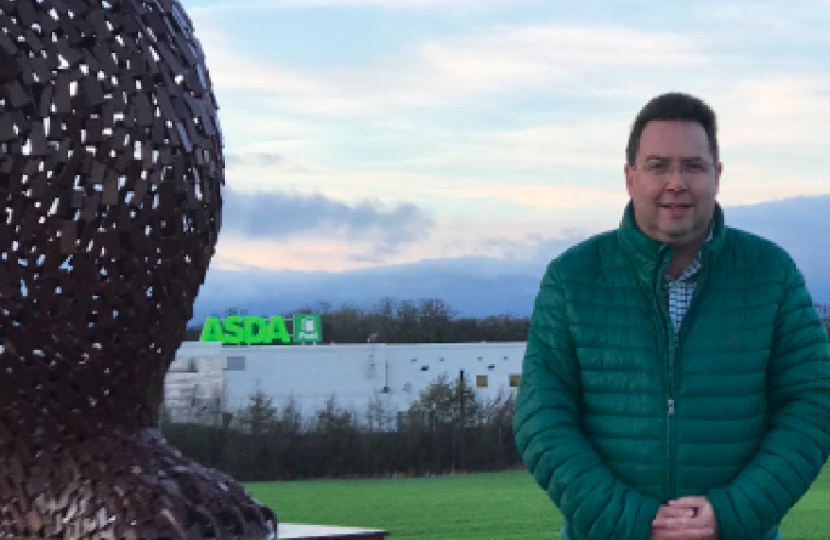 Craig Hoy is spearheading a local push to give East Lothian residents and their directly-elected representatives the “final say” on future local planning applications.

Hoy is leading calls for the adoption of a Scottish Conservative commitment to bring forward legislation to stop the Scottish Government interfering in the planning appeals process and respect community-led planning decisions.

Hoy says: “I want the local council and communities to be given the final say on planning issues. I will work hard to ensure community decisions are respected, because local planning decisions must be made locally. In contrast, SNP Ministers have failed to respect local views and have repeatedly not listened to serious objections on many local applications.”

Hoy warns that “again and again” the Scottish Government is guilty of over-turning decisions taken by local representatives. He says this “rides roughshod over local concerns about over-development or unsuitable plans”.

Hoy, who is his party’s Climate Change Champion for East Lothian, wants investment in proper infrastructure to match development and is leading calls for environmental considerations to be taken into consideration to ensure future development is sustainable.

Speaking about attempts to over-turn the council's rejection of a 152-unit retirement outside North Berwick, Hoy says: “North Berwick is one of the most attractive places to live in Scotland. But there will soon be a point where we have to call time on future development – before it’s simply too late.”

Hoy adds: “New housing development should only take place where it is sustainable and where it has the support of local residents. We have to invest in infrastructure and preserve the beautiful environment for everyone who lives here, and for those who want to move here.”