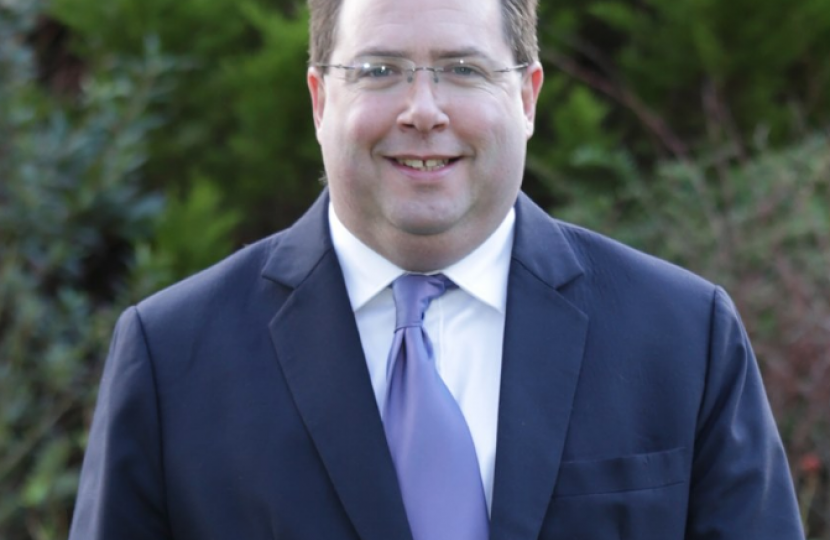 Scottish Conservative and Unionist candidate Craig Hoy has strongly backed leader Douglas Ross’s plans to “Power up Scotland” and kick-start the economy in Lothians and the South of Scotland.

The move came as Mr Hoy welcomed UK Work and Pensions Minister Guy Opperman to East Lothian where the duo visited local business to see how they are investing in future jobs and growth.

Mr Hoy says Mr Ross’s jobs plan, which he has unveiled within a month of becoming leader, delivers bold and ambitious proposals to protect jobs and stimulate the local economy.

Mr Hoy, who is East Lothian's Scottish Conservative candidate for next May's Holyrood election, says the wide-ranging report unveiled by Mr Ross can help to drive power towards communities in the South of Scotland away from SNP Ministers in Edinburgh.

Included, among the proposals in the party’s report titled ‘Power Up Scotland’, there are plans for job security councils, which could be used to focus on important local industries such as tourism, agriculture and manufacturing, specific growth deals for rural areas as well as a fund to look at re-opening old rail lines.

Furthermore, Mr Hoy says proposals to free up planning restrictions on town centres as well as providing vocational schools and foundation apprenticeships in schools will help to create the talent  of the future.

The plans showcase how Mr Ross is determined to move Scotland forward from the divisions of the past and onwards to a brighter future where all of the country will benefit, rather than the current situation under the centralised SNP Government.

Commenting, Mr Hoy said: “The Scottish Conservatives under the leadership of Douglas Ross will present a positive, bold and ambitious alternative for voters in the South of Scotland of Scotland.

“Protecting jobs must be our top priority following the Covid-19 pandemic and this detailed blueprint for the next phase of economic recovery is exactly what the region has been crying out for.

“Scotland has been too divided for too long, not only constitutionally but economically too. Instead of the usual grievances from the SNP, I am proud to be standing for a party that has the ambition to truly deliver for our communities, many of which are rural and remote after years of centralisation from the SNP.

“Douglas Ross has outlined plans for Job Security Councils to get people into highly skilled work, specific rural growth deals to bring jobs to every part of Scotland, more support for town centres, and a Tourism Infrastructure Fund to improve roads in rural areas.

“This is a time of crisis for Scotland – but a moment of opportunity too. If we focus on the urgent priorities of Scottish people, we can restore and rebuild our economy stronger than ever.”

In the coming weeks Mr Hoy will produce his own plan for job creation in East Lothian, setting out how the local employment base could grow as the population of the county rises.