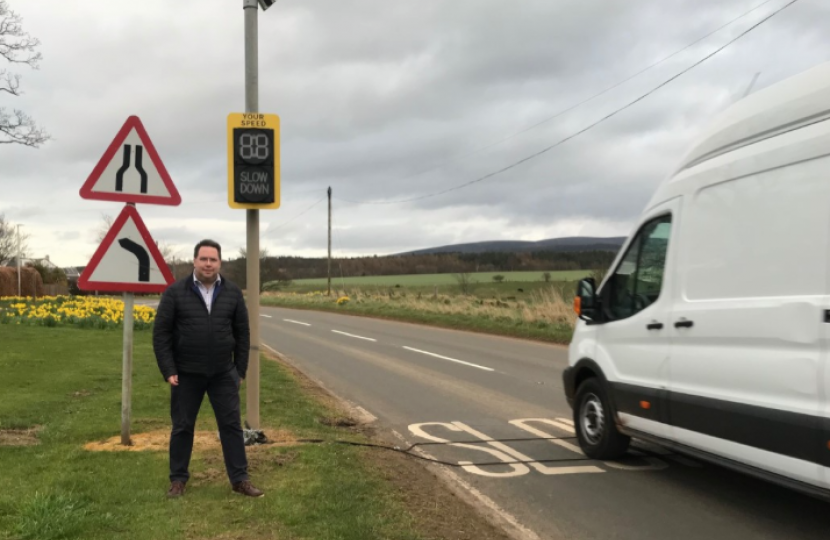 Councillor Craig Hoy is backing the deployment of cut-out speed cops in Haddington and the Lammermuirs as he pushes for new action to combat speeding in East Lothian.

The approach has already been adopted in Dunbar and East Linton, where acrylic cut-outs of officers holding speed guns - known as PCs Jim and Jemima - were funded by four community councils.

Craig has been in talks with local Community Police Officers about deploying the “simple and cost effective equipment” locally in order to open up a new front against drivers who breach speed limits.

The councillor has written to Community Councils in Haddington and the Lammermuir ward seeking their support for the plan, and is set to make a funding application to the Haddington and Lammermuir Local Area Partnership.

Craig said: “We know speed kills and any measures which help combat speeding are very welcome. The use of cut-out cops has proven effective and their use in East Lothian is being promoted by Police Scotland."

He added: "While they are no substitute for real police officers and stricter enforcement they will raise awareness of speeding. They are a simple and cost effective way of reducing vehicle speed locally.”

Craig has also taken on board a suggestion that local schools could be invited to name the new acrylic police "recruits".

“It would be great to see cut-out cops on our roadsides acting as a deterrent. They needn’t be known as PCs Jim and Jemima – we could ask local schoolchildren to suggest names in order to further raise awareness about the deadly effects of speeding on our roads.”

If funding is successful, local community police would deploy the cut-out cops around the Haddington and Lammermuir ward, focusing on speeding hotspots for short periods, while maintaining full speed checks and enforcement action.

Speaking recently, Inspector Andrew Harborow of Police Scotland said he supported the use of cut-out cops: “The evidence I get from local community officers is that they are effective. Hopefully there are a number of other Community Councils looking to support us in purchasing more of the equipment.”

We’re investing more into young people’s mental health to help children get the best possible start in life. Read the article to find out more about what we’re doing to help mental health in the UK.