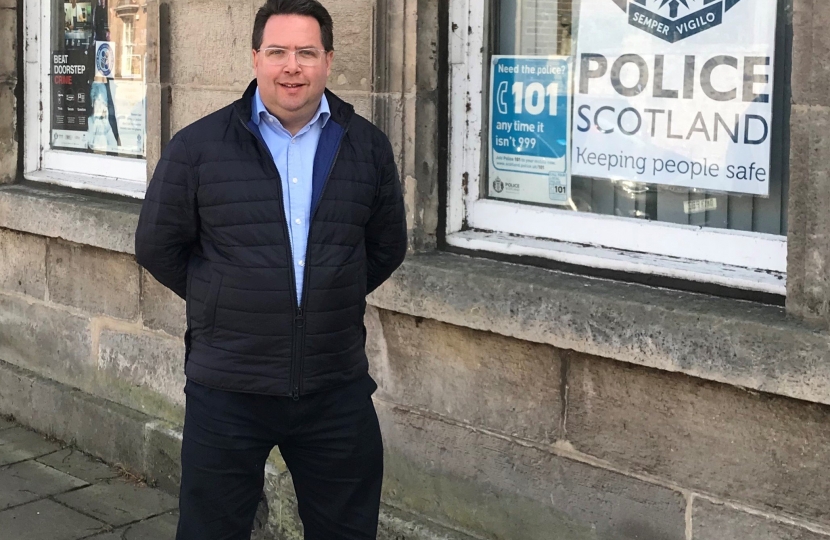 East Lothian Councillor Craig Hoy is calling for more police and a concerted effort to halt the behaviour of a “small and mindless minority” responsible for crime and Anti-Social Behaviour in Haddington.

Mr Hoy decided to speak out following the suspected act of vandalism of a tree planted by Haddington Community Council to remember local men who fought in the First World War.

He said: “To think anyone would want to vandalise a tree planted to honour the memory of local men who returned from the Great War leaves me speechless. What sort of individual thinks this is in any way acceptable and where has the principle of respect gone?”

Following a spate of incidents over the summer, Mr Hoy said: “Almost every week a constituent has drawn my attention to incidents involving a small but mindless minority intent on damaging property or causing disturbance and fear to local residents. Often these incidents involve youngsters and alcohol. While this in no way reflects the reality of life for most people in the town it is serious enough to reflect badly on the town and it’s time to act.”

Councillor Hoy, who is also the Scottish Conservative and Unionist Party’s candidate for East Lothian for the Scottish Parliamentary election in 2021, said “enough was enough”. He recently met with the East Lothian Council’s Anti-Social Behaviour Unit and will next week meet with Police to discuss the issue.

“It’s increasingly clear to me that we need more police in East Lothian, and a more visible community police presence in and around Haddington town centre. Enough is enough and over the coming months I will be working with colleagues locally and nationally to explore how we can deliver more frontline police in target areas.”

“We need to work with schools, the council and community groups to put in place more programmes which give local youngsters something meaningful to do with their time over the long summer holidays. The days of dances in the Corn Exchange are long gone but we need to find a modern day equivalent to get them off the streets and out the way of trouble, alcohol and drugs,” he said.