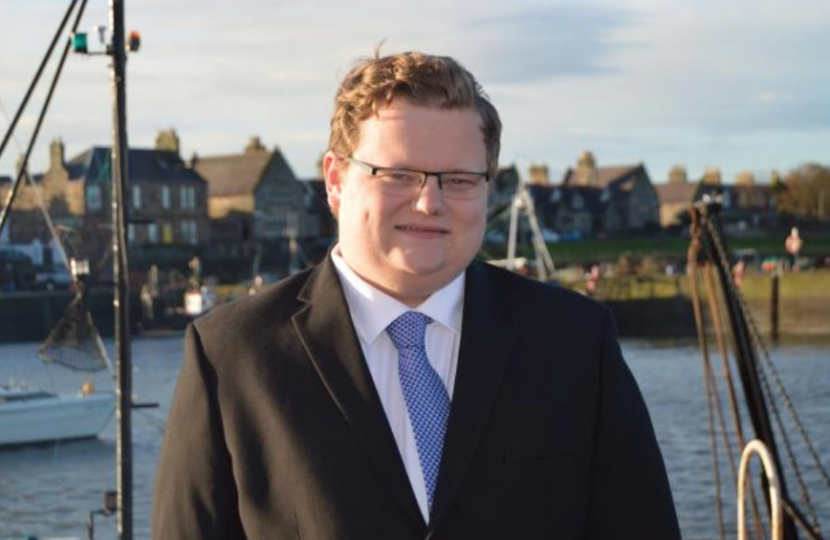 East Lothian Council Conservative Group has elected Councillor Lachlan Bruce as Group Leader following the decision by Councillor Jane Henderson to retire from the political frontline at the next Council election.

Councillor Bruce was elected to lead the Group into what will be a critical 20-month period, which will include overseeing the Covid recovery phase, a tough Budget round as well as Scottish Parliament and Local Elections.

Commenting on her decision, Councillor Henderson said: Over the course of the lockdown I decided for personal reasons that I would not be standing in 2022 and believe this is the right moment for the Conservative Group to elect a new Leader who can spearhead our efforts as we move into the critical months ahead.”

She added: “It has been a real honour to lead the Group over the last two years, where we have effectively held the minority Labour Administration to account and pressed home the shortcomings in Scottish Government funding in East Lothian. I look forward to continuing to represent North Berwick Coastal Ward over the period ahead and will give Lachlan and the Group my full support as we approach the crucial elections in 2021 and 2022.”

Councillor Bruce said: “I would like thank Jane for her sterling efforts and dedication as Conservative Group Leader. Jane has worked tirelessly with the Group and Council officers to ensure we delivered effective opposition and I look forward to continuing doing this in the months ahead.”

The new Conservative Group Leader said he would be working closely with colleagues to probe East Lothian Council’s budget and finances following year-on-year reductions in core SNP funding and significant financial problems resulting from shortfalls in income and additional expenditure due to Covid-19.

He said: “The Council’s financial position has deteriorated significantly since the Covid-19 pandemic and we will be pressing both the Labour Administration and the SNP Government for prudent spending and fair funding to avoid significant disruption to core services.”

East Lothian Conservative Chairman Tim Jackson said: “Jane Henderson has been a very effective Group Leader and I would like to thank her for all she has done, particularly during the unprecedented events of recent months. As she hands over the role to Lachlan Bruce, I am sure we will continue to see our Conservative Councillors providing constructive opposition in the council chamber.”

Recently elected local MSP Craig Hoy has been appointed as the Shadow Scottish Minister for Mental Health and Social Care.