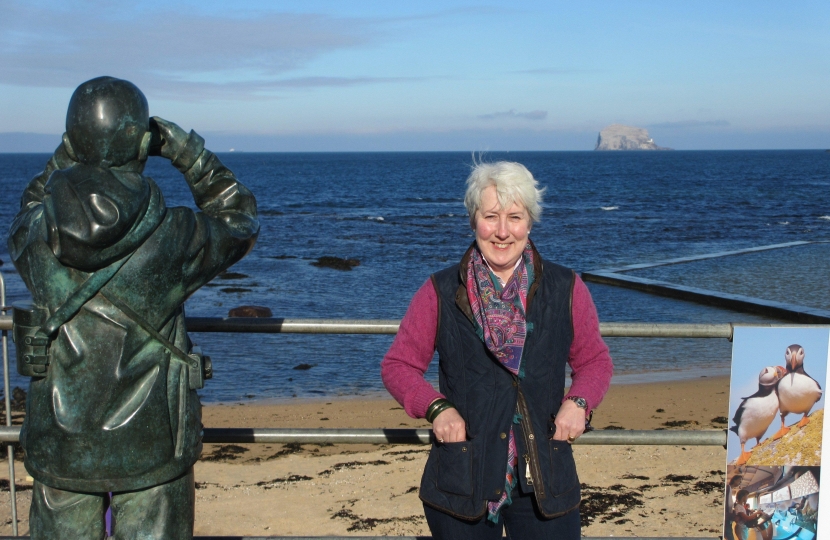 Councillor Brian Small has announced that he is to step back as the leader of the Scottish Conservative group on East Lothian Council.

Brian had held the position since being elected in May 2017 but stood down for a brief period last year due to illness.

He has decided to stand down from the role permanently due to his recent ill health and in order to concentrate on his work as a ward member for Haddington and Lammermuir.

In his place the Scottish Conservative group have elected Jane Henderson as their new leader. Cllr Henderson spoke of her excitement at taking on the role, which she will assume from the beginning of September.

“It has been an honour to lead the Scottish Conservative group on East Lothian Council for the past year and a half.

“We have achieved a lot in that period, and it’s been largely thanks to working with a team of diligent and driven councillors who are determined to fight for the best deal for East Lothian.

“However, given my recent ill health I have decided to step back from the role in order to allow me to concentrate on my work as a ward member for Haddington & Lammermuir and to spend more time with my family.

“I look forward to continuing to assist local residents in my area, and in supporting our new leader Cllr Henderson as we continue to provide a strong voice on the council.”

“I firstly want to thank Brian for all the work he has done over the past year and a half.

“He has worked tirelessly to push forward the Scottish Conservative cause, and I know that he will continue this work as the local representative for Haddington and Lammermuir.

“I’m delighted that my colleagues have chosen me to take over the role of group leader, and I look forward to continuing our efforts in holding this minority Labour administration to account.

“We have a lot of hard work ahead of us, but the Scottish Conservatives are up for the challenge and will never stop fighting for what’s best for our county.”