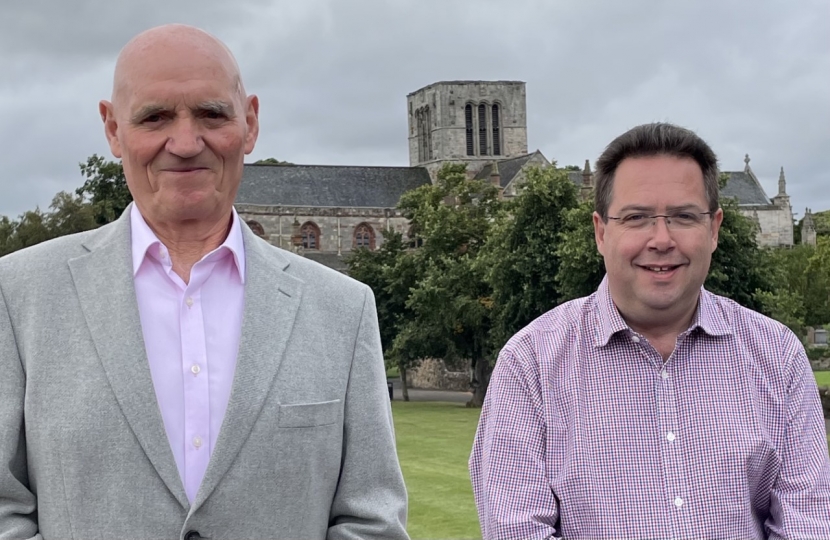 Rab Moran, 77, has been nominated by Craig Hoy, a Conservative MSP for South Scotland, in recognition of the outstanding contribution he has made to the lives of other people from his local community.

In July all 129 MSPs were invited to nominate a constituent who makes a positive difference to the lives of others – often with little recognition - as their Local Hero. All Local Heroes will make a contribution to the Scottish Parliament’s Opening Ceremony events to mark the start of the new parliamentary session.

Rab can be spotted out on the streets of Haddington from 6am in the morning watering the town’s 200 or so hanging baskets as part of Blooming Haddington. The award-winning baskets are widely praised by residents and visitors to the town, and judges from Beautiful Scotland described them as the best they had ever seen.

Mr Moran previously worked as long-distance lorry driver for 20 years and also in the town’s Railway Hotel as a barman.

Now he volunteers for not only Blooming Haddington but also Our Community Kitchen – which aims to tackle social isolation by getting people round the lunch table – and Haddington Community Council – spending much of his free time helping out at community events including the Haddington 700 celebrations.

Rab will join Craig for the special opening ceremony of the Scottish Parliament attended by the Queen, where he will make a contribution to the event.

Nominating Rab, Craig said: “Every day, Rab works tirelessly from the crack of dawn to brighten up his community and the lives of its residents and visitors. His work for Our Community Kitchen and Haddington Community Council has had a massive impact in Haddington and it is a real testament to his commitment to East Lothian.

“I look forward to joining him for the special opening of the Scottish Parliament in October, and once restrictions lift as part of a wider reception in Parliament where I will be welcoming other local heroes from our community.”